Skip to content Skip to main menu
Home › About Us 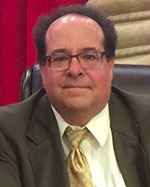 Attorney George O West III first opened his practice in 1992, and is admitted to Practice in Nevada, Arizona, and California (inactive). Attorney West’s practice emphasizes both individual auto cases as well as class action litigation. In a class action law suit, one or a few persons are named who seek not only relief for themselves but actually “carry the banner” on behalf of an entire class of persons who have also been misled or deceived or been similarly wronged with regard to their vehicle purchase. Attorney West’s class action suits have encompassed the needs of groups of persons ranging in size from 50 to 16,000.

It should be noted that while Attorney West’s practice emphasizes class actions against automobile dealerships, his practice includes class action work involving a wide range of issues including real estate, telecommunications, consumer lending, and other consumer related matters.

Looking Out for You